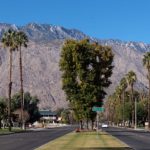 The October meeting was held virtually on a Tuesday afternoon. The staff reports and comment letters associated with the meeting are available on the Commission’s website. The Executive Officer’s Report has additional information about an array of initiatives and projects the Commission is leading or involved in, including seminal oil and gas decommissioning projects in Southern California and a recent offshore wind energy fact-finding study trip. Below are highlights from the October meeting.

The Commission received a briefing about geothermal and lithium resources in and around the Salton Sea and the Commission’s involvement in geothermal and lithium resource production given its land holdings and resource conservation requirements. The Commission was updated on active geothermal leases and the type of geothermal operations at the Salton Sea and the Geysers. Staff explained novel and conventional methods for lithium extraction, including a variety of topics surrounding the environmental effects, the world lithium market, and an update on commercial-scale extraction efforts of lithium from geothermal brine. Staff also discussed the complexity of its land and mineral interests in the region and the roles of other public agencies that are involved in geothermal energy regulation and leasing.

The Commission approved an agreement between the Port of San Diego and the Navy that will allow Navy Region Southwest to participate in California’s Low Carbon Fuel Standard market and allow the Port to generate and sell credits from Navy shore power to provide energy and utility improvements at the San Diego Naval Base. The agreement will facilitate electrification projects that will improve air quality and reduce greenhouse gas emissions, reducing the health and environmental impacts on nearby communities. The agreement also aligns with the Port’s Maritime Clean Energy Strategy. The Port expressed its gratitude to the Commission for expeditiously approving the agreement and supporting efforts to transition to clean energy and reduce greenhouse gas emissions.

Land Exchange and Title Settlement in the City of San Francisco

The Commission approved a Land Exchange and Title Settlement Agreement involving land adjacent to Islais Creek in San Francisco. The settlement will resolve a title dispute, create an 18-foot-wide public trust easement along the waterway, and result in a $790,000 deposit into the Commission’s Kapiloff Land Bank Fund.

The Commission’s next meeting is on Friday, December 9 at 10:00 a.m. and will be in Sacramento with a virtual participation option. You can sign up on our website to receive updates about future Commission meetings. Another great way to stay informed is to follow the State Lands Commission on Twitter. You can also watch a webcast of the meeting on Cal-Span.