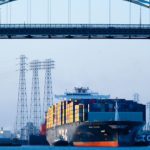 June marked the Commission’s second hybrid meeting where the public participated both in-person (in the City of Long Beach) and virtually. The staff reports and comment letters associated with the meeting are available on the Commission’s website. The Executive Officer’s Report has additional information about a wide array of initiatives and projects the Commission is leading or involved in. Below are highlights from the June meeting.

Leases, Permits, and Other Approvals

The Commission authorized the Executive Officer to pursue the preparation of a programmatic Environmental Impact Report and real estate appraisal(s) for the Hollister Ranch Coastal Access Program in Santa Barbara County. The Commission also delegated authority to the Executive Officer to enter into an agreement with the State Coastal Conservancy whereby the Conservancy will fund the environmental review and appraisal work.

The Commission amended its lease to Pacific Gas and Electric for the continued use and maintenance of underwater pipelines located on sovereign land in Sacramento County that transport natural gas. The Commission also adopted a Mitigated Negative Declaration and a Mitigation Monitoring Program associated with the lease amendment and the pipeline removal and installation project. The Commission’s action will enable the Lessee to install a new pipeline to better ensure the safe transport of necessary energy resources. The entire project, which will occur over two phases from 2022 through 2023, is required for the Lessee to comply with federal pipeline safety regulations.

The Commission amended an existing lease to the City of Sacramento to replenish spawning gravel and establish additional side-channel habitat for the restoration and rehabilitation of Chinook salmon and steelhead spawning and rearing habitat. The leased land is sovereign land in the American River, below the Nimbus Dam, near Rancho Cordova and Fair Oaks.

The Commission’s next meeting is on August 23 at 1 p.m. You can sign up on our website to receive updates about future Commission meetings. Another great way to stay informed is to follow the State Lands Commission on Twitter. You can also watch a webcast of the meeting on Cal-Span.